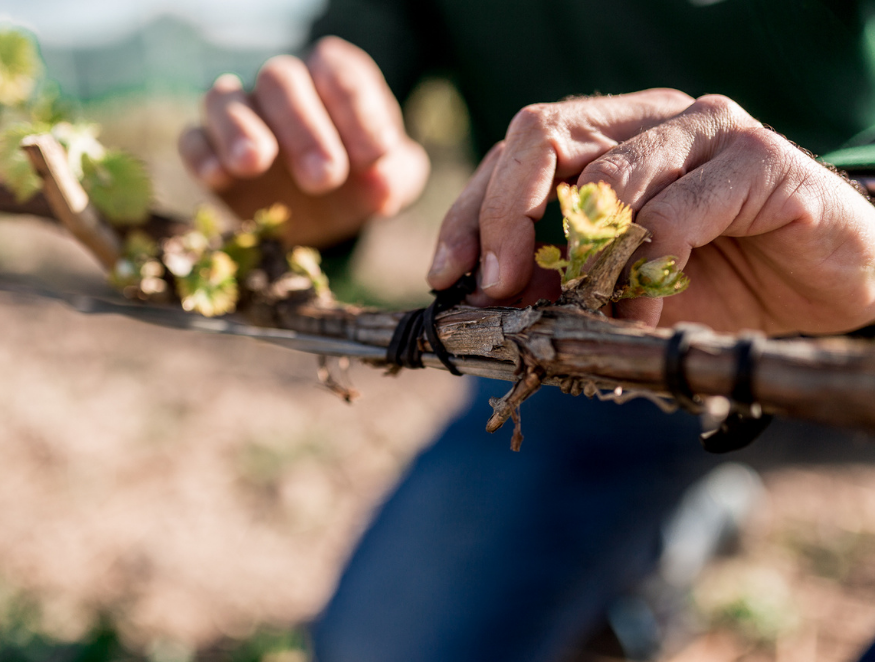 Vine wood diseases (VWD), known for centuries, are a health and economic concern for the wine industry worldwide.

They cause significant production losses and quality defects in wine.

They are a series of diseases caused by different pathogenic fungi that attack both young and adult plants. They are characterized by the obstruction of the wood vessels.

The main route of contamination is through plant wounds.

In this sense, control strategies should always be preventive. How can Bandex help to prevent this from happening?

We tell you about it.

How to identify wood diseases in vineyards?

There are many wood diseases in grapevines, all of them caused by different types of fungi, being the most common ones Yesca/Petri disease, decay caused by Botryosphaeria and Eutypiosis.

These fungi mainly affect the basal part of the rootstock, colonizing the xylem tissues or conducting vessels, so that when longitudinal and transverse cuts of the wood are made, necrotic striations or small punctures respectively (ring-shaped darkening around the pith) are observed, corresponding to the damaged vessels, sometimes gummy exudations being observed.

Vines, especially younger ones, are prone to infection by soil-borne fungi, which can kill affected plants very quickly.

They take the form of white fans that develop under the bark of the roots and main shoots, right down to ground level.

Brownish-black structures, called rhizomarphs, may appear on the diseased roots, growing through the soil and transmitting the disease.

Control of this fungus is difficult, so it is essential to locate the source of infection, so that all the remains of wood can be removed and burned together with the dead or diseased vines and as many roots as possible.

The wood rots with the evolution of the fungus, softens and becomes white and spongy. The leaves take on a chlorotic appearance between the veins and the outermost branches may even wither and die.

Characteristic spots of the disease appear on the grapes. Damage increases as the attacked vines get older.

Disease caused mainly by the fungus Eutypa lata. As in tinder, these fungi penetrate the plant through pruning wounds and also affect adult plants.

Dark brown sectoral necrosis with a hard consistency appears on the inside of the attacked wood.

On the outside, the affected branches show weak shoots with short internodes. Leaves are small, chlorotic, deformed, and with necrotic pits.

Finally, decay. It can occur in both young and adult plants.
Botryosphaeria decay disease, caused by 26 species of the Botryosphaeriaceae family, is characterized by sectoral necrosis of the wood of the arms or main trunk of the plants causing their desiccation and death.

There are currently no direct curative products, so start with healthy planting material and carry out a series of preventive cultivation practices.

2- Carry out an adequate planting:
Without causing wounds to the plant.
Ensure that the roots are facing downwards.
Avoid compacted and/or waterlogged soils.

Mark affected vines in summer to prune them last in winter.
Prune in dry weather, avoiding thick wounds and leaving 4 days without pruning after rain or snowfall. If large cuts are made, make them as vertical as possible.

Immediately after pruning, apply a protective product on the pruning cuts, especially on thick cuts, in order to make it difficult for the spores of these fungi to enter the plant.

Disinfect the shears after pruning the affected vines, in order to avoid the spread of the disease.

In order to eliminate inoculum, uproot dead vines and remove the attacked branches by cutting down to healthy tissue.

Dead wood or pruning remains from affected plots should be removed, eliminated or burned, since these fungi can survive on them for several years and constitute an important source of inoculum for these diseases.

A vine attacked by eutypiosis can regenerate from lower shoots on the trunk (weeding) that have sprouted from healthy wood, cutting over them.

Our contribution to prevent vine diseases.

Once the plantation is established in the field, the main way of infection of these pathologies is through wounds, the main entry route for most of these fungi.

Traditional guidance systems for plant growth and for tying the shoot to the trellis, such as vine training and trellising, with raffia or macaroni twine, or the current automatic vine tying machine, must be carefully applied to avoid any type of wound on the plant.

In addition, in its growth process, the twine or macaroni should be replaced to avoid strangulation.

Our Anchor Bands Anchor Rubber can be the effective solution to avoid this type of wounds, since by its elasticity and different measures, it avoids the strangulation of the plant and allows its growth.

If you want more information about our product and receive a free sample of it to test in your plantations, click here, leave us your details and we will contact you. 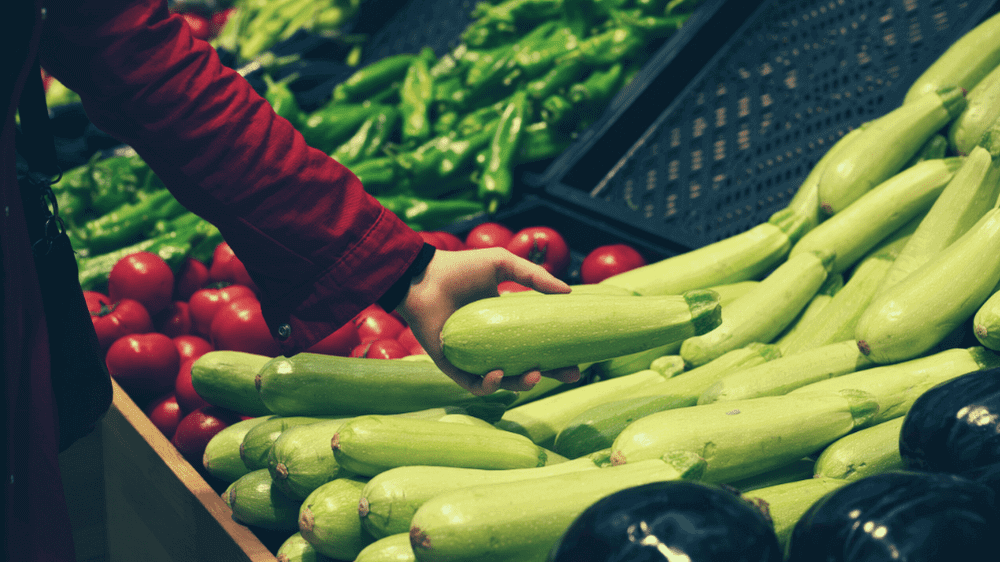 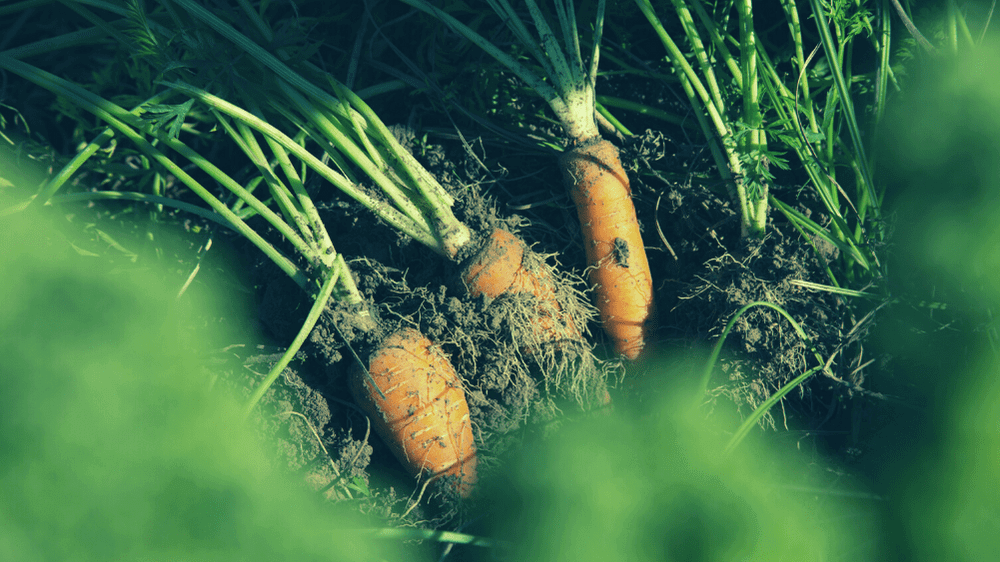 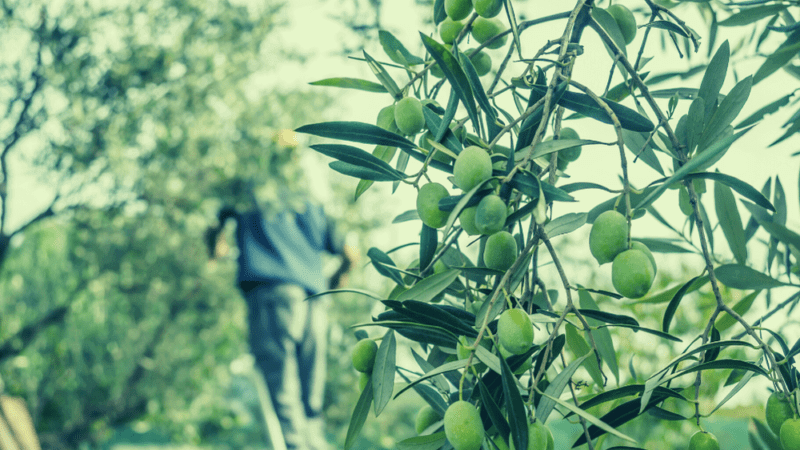